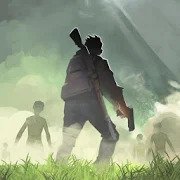 By downloading the game from our site you get endless money.

Why it is worth downloading Dawn Crisis: Survivors [MOD: Money] 1.0.3

Dawn Crisis: Survivors - exciting game that is in the genre of action, with a third-person view. Apparently, on the planet where the action game is taking place, there was a terrible catastrophe, that made the whole world shudder. It all started with a routine virus leak in secret labs underground. At first, it started to change the structure of people's DNA, and then it turned them into walking dead. Everyone who was somehow affected by the virus became a zombie whose only desire was murder and bloodlust. Several surviving people able to think sanely and fight against these creatures began to travel the world and rid regions of the new problem. Start playing for one of these survivors, and kill absolutely every zombie you meet on your way. The player's arsenal will be not only firearms but also close combat weapons.  Earn coins and upgrade your arsenal, making it even more powerful. If you wish, you can always purchase the necessary weapons.
Features: