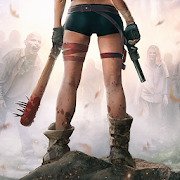 By downloading the game from our site, you get: fast movements, stupid enemies, maximum strength, points and reputation!

Why it is worth downloading Last Survivor Diaries - Zombie Survival PRO [MOD] 0.1.4

Last Survivor Diaries - Zombie Survival PRO is a very dynamic game that is in the action genre with a third-person view. There was a terrible catastrophe on the Earth, that threw the whole population of the world into chaos. Everyone who underwent a mutation became terrible brainless zombies, whose only desire was a thirst for blood. Look at the locations and help all the people who survived by moving around the map gradually opening new places. Expand your arsenal of weapons to include not only close combat weapons but also firearms. Upgrade your character's skills to make him more resilient and resistant to this terrible world. Try to become the most real killing machine and be as attentive as possible to every threat that may be waiting for you. Set up your settlement and destroy zombies on your way, cleaning this world from chaos and despair. Enjoy yourselves.
Features: