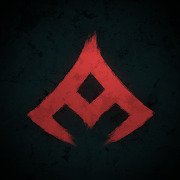 Mod features:
- when the opponent jumps or rolls over, you need to hit him and he will be blocked.
If the opponent moves again, stop for a while without hitting the opponent.

Shadow Fight Arena is an epic and cool game for your smartphone, where you can pass the time fun!

In this game you have to go to the world you already know! After all, this is a new part of the already beloved game called Shadow Fight! In the new version, the developers have tried hard on the gameplay and reworked it for the better! Here you will have to assemble a unique team of three heroes. Each of them has their own skills, as well as an indescribable appearance. Take control of everyone and go to the Arena, where your opponent is waiting for you. Defeat him in a difficult battle and get the coveted reward! Then improve the skills of your characters to become even stronger and take the championship of the best!

The graphics in Shadow Fight Arena are very high quality and well designed. Everything is done at a high level and in HD quality, as well as with full details. Specialist. the effects are performed at the highest level and will delight you every battle!
Download the game from our site right now and have fun and lots of adrenaline!
Key features:

How to install (Update) (APK+Cache)